The Top 12 IDEs That Every Programmer Should Know

The top IDEs are in higher demand among software development organizations due to the need to keep up with the quick pace of evolving technologies. This article will examine the top 12 IDEs that will help programmers in 2022.

The top IDEs are in higher demand among software development

What is an IDE?

An Integrated Development Environment (IDE) is software that coordinates all programming and debugging operations from a single application platform through its graphical user interface to streamline program development (GUI).

An IDE includes these main features:

Why are IDEs important?

Developers may create software applications rapidly and effectively with the use of IDEs. Using the IDEs’ built-in tools, developers may write, compile, and debug code. IDEs automatically check hard drive space, memory consumption, and other factors to ensure the functionality of the finished product as planned. The build automation tools in IDEs speed up and streamline the work of developers.

The benefits of using an IDE

This ranking concentrates on the finest IDE solutions in terms of their popularity, strength, and feature set:

It is one of the most user-friendly IDEs for coding and is written in Java. It focuses mainly on user experience and productivity. While you are coding, it makes pertinent suggestions. It supports a wide variety of languages and includes integrated version control systems. It offers intelligent code completion, which proposes classes and method names as we type.

It doesn’t need any further plugins from outside sources. Numerous developer tools are easily supported by IntelliJ IDEA. However, one of the few drawbacks is that low-end devices’ performance needs to catch up to expectations.

Visual Studio IDE is one of the most well-liked and effective IDEs for web development. In order to complete your words, er, lines of code, it employs AI to learn from your revisions as you write them. You can also work live in collaboration with your team while editing and debugging. Additionally, you can exchange servers, terminals, and remarks.

The development of websites, mobile apps, games, ASP.NET, Python, Node.js, C++, and Unity is supported by Visual Studio, which also supports Azure. In addition to creating development environments that are accessible on Windows, Mac, Android, iOS, the web, and the cloud, you can also do a lot more. The Eclipse Foundation creates it. A base workspace and an extensible plugin environment allow us to download and alter the workspace, which is how it works. Debugging and profiling are supported. It includes drag-and-drop capabilities and allows us to run static analysis on the code.

Any well-known programming language, including Python, Java, and C++, can be used if you are familiar with the Eclipse IDE. This IDE supports Windows, Linux, and macOS as operating systems. Eclipse can be used without cost.

The greatest IDE tool for Apple product developers may be Xcode. With its extensive iOS toolkit, the tool facilitates the creation of iOS apps. The IDE supports programming languages, including Swift, C++, and Object-C. Developers may manage their software development workflow with XCode thanks to the interface’s suggestions for good code.

One of the top IDEs for developing Android apps is Android Studio. This IDE supports the Kotlin and Java programming languages. Push notifications, camera integrations, and other features related to mobile technology are some significant advantages that customers can obtain from Android Studio. With the aid of this adaptable IDE, developers may also produce variants and various APKs. It also provides enhanced template support for Google Services.

A terminal, a debugger, and a code editor are all included in the AWS Cloud9 IDE, which also supports well-known programming languages like Python and PHP. As long as they have a computer that is linked to the internet, software professionals may work on their projects with Cloud9 IDE from practically anywhere in the world. Using Cloud9, developers can easily communicate with many teams in various development environments and construct serverless applications.

Not really an IDE in the traditional sense, Jupyter Notebook is an open-source web application. It is extensively used in machine learning, scientific computing, and data science. Despite supporting different languages, it is frequently used with Python. As a presentation or educational tool, it is also employed. Additionally, markdowns are supported, allowing us to include HTML, audio, and video components. Brian Granger and Fernando Perez founded it.

Oracle and the Apache Software Foundation jointly create NetBeans. This is a Java IDE. It enables the creation of applications from what are referred to as modules. The corporation that owns Java owns it. Therefore Java engineers would have tremendous support here.

Additionally, it is Java 8’s official IDE. Users can create desktop, mobile, and online applications with it. The autocomplete feature of NetBeans is beneficial, and starting the server application in NetBeans is very simple, but the drawback is that it takes a long time to start.

The team behind Code::Blocks created it. C++ is used to write Code::Blocks. The program is open-source. Code::Blocks support numerous compilers, including GCC and Visual C++. It may be configured and extended quite easily. One of the best IDEs for C and C++ is this one.

The Code::Blocks GNU GCC compiler is swift and highly scalable. Beginners will find it very simple to utilize Code::Blocks. More flexibility is provided by Code::Blocks, which also excels as an open-source IDE. The design of Code::Blocks has the drawback of being a little boring.

C and C++ were used to create the Arduino IDE. To upload codes to Arduino boards, it is primarily utilized. It supports nearly all of the microcontroller development boards currently on the market. We can use Arduino’s code anywhere because it is stored in the cloud. Since most of the device’s libraries are written in C++, the Arduino IDE supports these languages. However, Arduino’s core system is mostly not object-oriented. Therefore it uses both C and C++.

Leading PHP IDE Zend Studio is made to help PHP developers with both web and mobile development. The tool has sophisticated debugging tools and a code editor with a sizable user community. Given that the Zend IDE has constantly shown to be a solid choice for server-side development, there is a good chance that PHP developers will stick with it for a very long time. Programmers can also maximize the deployment of PHP applications on any server by utilizing plugin integrations in Zend Studio.

Although the commercial edition of PyCharm also supports additional languages for web development, it is considered one of the best IDEs for Python. It offers autocomplete and checks for errors as you type. It analyzes the quality of your code to ensure it is up to par and features a sleek, minimalist GUI for uncluttered programming 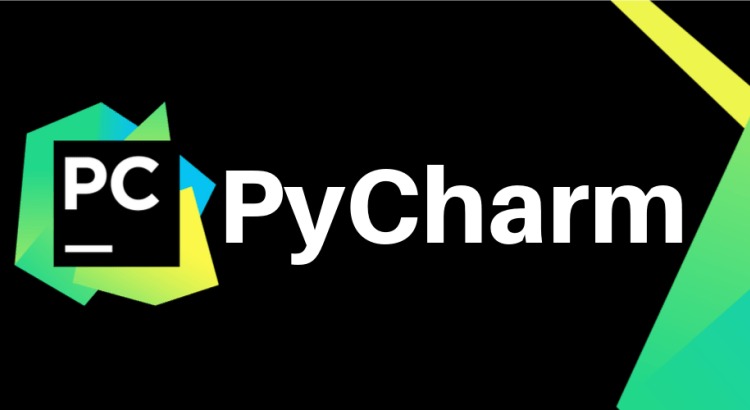 How to choose an IDE?

Factors to consider when picking an IDE

The ability to alter the graphical user interface is provided by some IDEs. Check to see whether your preferred IDE includes this function because it can boost output.

Verify that some code parts can have mock objects added by the IDE. This function enables testing code without finishing all the parts.

Users may also want to think about if the IDE offers sources like scripts and code.

Diagnostics and reports for errors

Sometimes having an IDE that can automatically detect coding errors is beneficial for beginning programmers. If users require this feature, keep this in mind.

Particularly when it comes to tag closing, some IDEs are built to intelligently complete lines of code. Look for IDEs that have this option if developers want to reduce the amount of coding time required for tag closing.

Before making a decision, don’t forget to look at the integration features.

To enable users to easily search for components in code, certain IDEs provide the code search tool. IDEs that enable this productivity feature should be sought out.

Look for IDEs that can arrange and present these scripts in a hierarchy if users frequently work on larger projects with several files and scripts that interact in a specific way. By displaying a hierarchy diagram, this feature enables programmers to monitor the sequence in which files are executed as well as the connections between various files and scripts.

Development based on models

In certain IDEs, models are converted into code. Before selecting an IDE, take into account the fact that users may like generating models for the IDE.

Your development productivity may be influenced by your choice of IDE. The majority of the IDE software listed above is free, so experiment to see what works for you. However, if you still have questions about which tools or technologies would be appropriate for your situation, feel free to get a free web development quote from Groove Technology, and our team will give you the most proper recommendations.