React Native vs. Native: Which One to Choose for App Development?

Since having a presence on both the Android and iOS platforms has become imperative, the React Native vs. Native debate has become outdated. While some users continued developing native applications, others shifted to React Native because it provides many chances across platforms. In the midst of this, if you find yourself unable to choose between the two possibilities, this article will be a worthwhile read for you.

Here, we’ll discuss which approach to take at what time to get the best return on your app development investment. Considerations for Selecting the Best Method for Developing Mobile Apps: React Native vs. Native

Let’s examine some of the key elements to take into account when choosing between React Native and Native mobile app development: 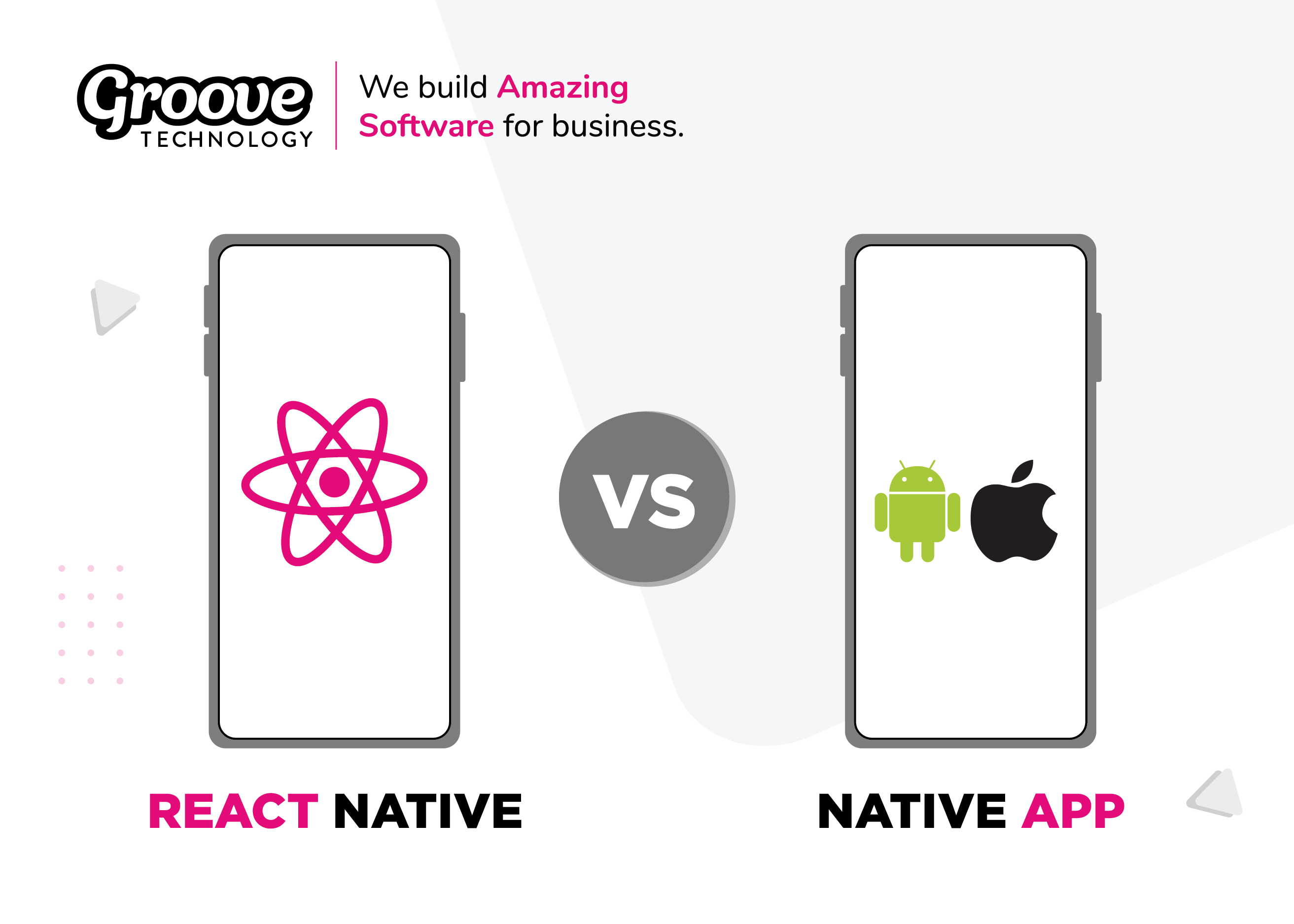 The first thing to keep in mind when comparing Native with React Native is that the former requires separate coding for the Android and iOS platforms because of their technical differences. To make your app available on both platforms, you must designate two different teams: The iOS development team and the Android development team. Additionally, each time a change is made to the code, the entire project needs to be built and run. This implies that creating a mobile app takes more time and effort.

React Native, on the other hand, allows you to create apps for both iOS and Android using the same code since the same developers created it for both platforms. Additionally, the idea of hot reloading makes it simpler to distribute the project without rebuilding each time, which reduces the time and effort needed for developing React Native applications.

Choose React Native if you want to enter the mobile market sooner and more affordably while aiming for both platforms.

The answer to the question of how much it costs to design a mobile app will help you choose the best technology. According to the leading mobile app development companies, using React Native can cut costs for the same app project by 30% to 35% compared to using Native development. Therefore, React Native is your best choice if the price is your primary deciding factor.

UI/UX experience is another factor that influences whether React Native or Native is superior.

Although the React Native framework enables developers to reuse functionality code and write platform-specific code separately, React Native app development presents difficulties when it comes to designing complex user interfaces with features like custom views, navigation patterns, seamless transitions, and animations. Compared to the UI/UX standards of the Android and iOS platforms, it is also challenging. However, while creating a native app, it is not the case.

Native application development delivers a greater mobile app UI/UX experience because every screen is specifically developed for both Android and iOS devices.

App performance should be taken into account while comparing native and react native development. JavaScript, which uses a single dedicated device thread, is used by React Native. It is unable to handle several asynchronous jobs at once. In addition, the framework doesn’t support many trendy modules and features. Utilizing native device features, cutting-edge technologies, and performing complicated manipulations are therefore incompatible.

On the other hand, native apps are created using Swift, Java, or Kotlin, which are considerably superior to JavaScript for working on advanced features, doing complex computations, and integrating advanced hardware. As a result, employing Native technology, mobile app developers may now simply design any kind of application.

Kotlin, Java, and Swift, the native programming languages for Android and iOS, are regarded as strict-typed and OOPs-oriented languages. Despite the fact that it takes some time to become used to them, they are simple to learn if you have the right documentation and a set of rules and regulations.

Contrarily, JavaScript appears to be simpler to learn but has a number of bugs, weak documentation, and other issues that make it difficult for developers of React Native apps to fully understand the language.

So once more, native prevails in the comparison between it and the response native.
In summary, Native outperforms React Native in terms of app performance.

The long-term scope is an additional consideration when picking between Native and React Native for app development. Because Google and Apple support them, native platforms may quickly access the tools needed to add new functionality, fix bugs, and roll out updates without compromising the app’s usability.

On the other hand, React Native does not give updates priority. Future updates must be built and released because the tools and releases do not coincide with those of Apple and Google. Furthermore, there is less certainty regarding how long the support will last, raising the question of whether or not one should choose React Native for a long-term app process. 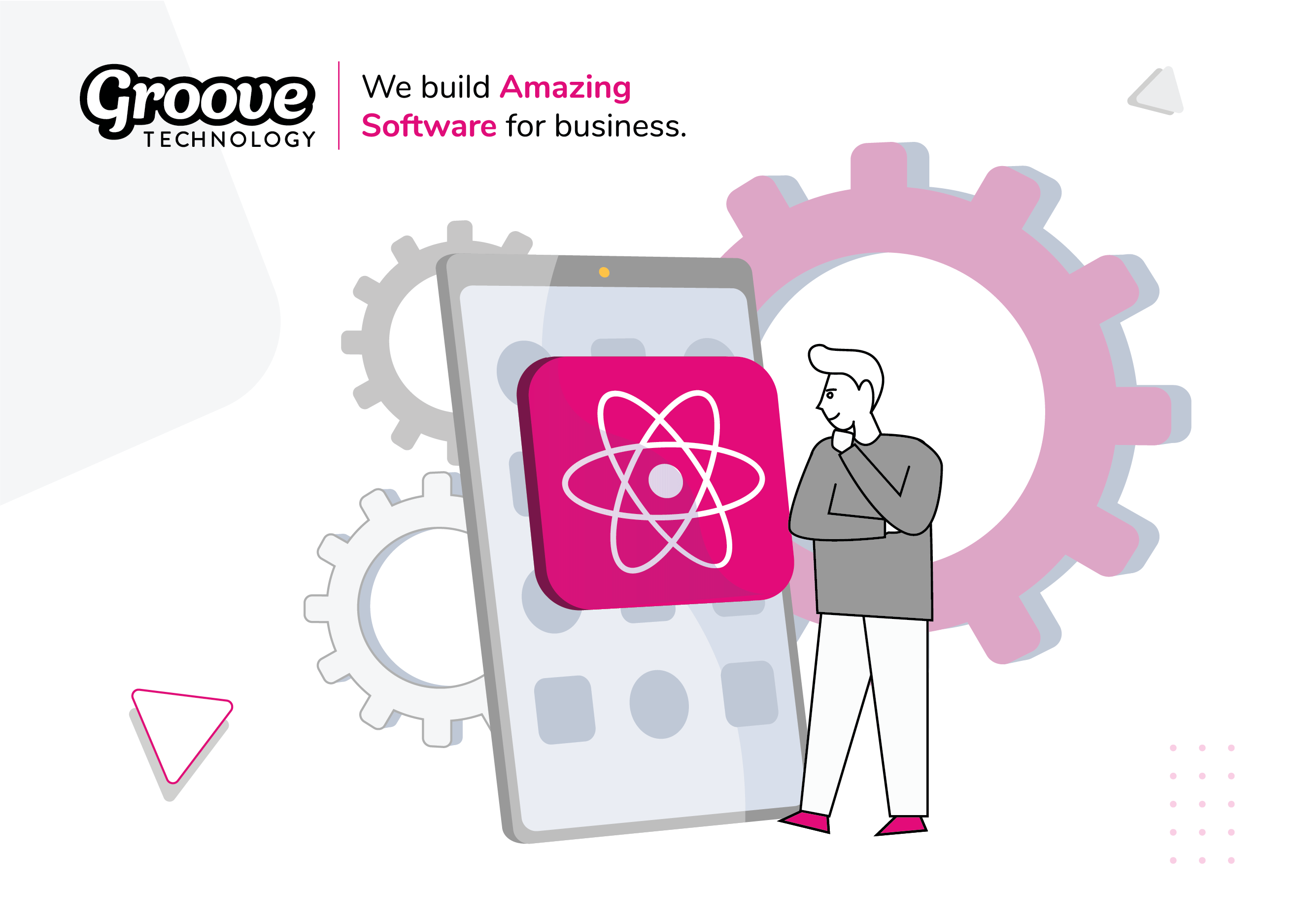 Another crucial element for understanding the distinction between the React Native and Native approaches is the interactivity with native apps. For the purpose of providing a superior experience, a native mobile application can simply communicate with other native apps and access their data.

9. Support for APIs and Third-Party Libraries

Native app development frameworks can use all different kinds of APIs directly in terms of API accessibility. While using React Native technology, the same is not achievable. Only a few APIs can be used by React Native apps during development. You need to create a communication layer using Native technologies in order to develop sophisticated APIs. This demonstrates unequivocally that Native is preferable to React Native when you need to implement a variety of APIs.

React Native has no trouble handling a wide range of cross-platform use cases, but it is deficient in the APIs needed to support all of the native mobile functionality. React Native relies on the idea of adding native module support in order to access those inaccessible APIs, which necessitates that the React Native app development company you choose is proficient in both native programming languages.

However, there are no such restrictions when creating a native mobile app for an Android or iOS device, proving that native app creation is once again the superior option in the native apps vs. react native debate.

JavaScript, the language used by the React Native framework, is not highly typed or based on OOPs (Object Oriented Programming), unlike the Native app development languages, such as Java and Kotlin (for Android), Objective-C, and Swift (for iOS).

Additionally, React Native uses a number of third-party libraries and APIs, which makes it challenging to spot mistakes and flaws during the development process. React Native is hence less secure than Native app development techniques.

For the development of Native apps, the idea of app maintenance is laborious and time-consuming. This is due to the fact that you will need to pay attention to and handle each bug on the Native platform separately. However, fixing defects on one platform is sufficient when using React Native to construct mobile apps, unless native app support is an issue. Even though we have discussed the various decision elements, let’s review all the requirements here to help you choose the best technology for your upcoming app project.

Why Is React Native Trending?

One of the more well-known Javascript frameworks is called React Native, and it makes it possible to create some natively rendered apps for both iOS and Android using only one code base. React Native was initially made available as an open-source project by Facebook, and since that time, it has developed into one of the most widely used frameworks for mobile programming.

Many popular mobile applications from around the world, such as Skype, Facebook, and Instagram, have been developed utilizing the React Native framework. If the success of these programs on a global scale is taken into account, various aspects, such as,

Businesses may write their code using react-native all at once, then use that code to power both Android and iOS applications. It greatly aids in time and resource conservation.
The framework has made it possible for front end developers who could previously only work with web-based technologies to create sophisticated, mobile applications that are suitable for production.

When to Use React Native Developing Mobile Apps

When developing mobile apps, using React Native is the best option because:

Why use Native Apps?

These are the mobile apps that are only compatible with a select few devices. Both iOS and Android are the most popular mobile operating systems, and they are also among the most extensively utilized platforms for native app development.

If you hire dedicated developers to create a native app, they will do so using C++, Java, and Kotlin, as well as other programming languages. One will need to use either Swift or Objective-C to create native iOS applications. Native app development is a good option when:

Why choose Groove Technology as a React Native partner?

Working with React Native has given our services a new depth. React Native has proven to be the ideal solution for us to meet our clients’ objectives while spending little money, time, or resources. With the use of technology, we have been able to reach a larger clientele, particularly startups, and earn the title of reputable native app development business internationally.

Without dividing the project into two teams, we are finding it simpler to develop a concept into an MVP and simultaneously release it to the Android and iOS markets. Because of this, the process of delivering apps has been made simpler in a number of ways, including communication and resource availability.

Additionally, it is now simple for us to publish new app updates without having to go through the time-consuming process of submission to the Google Play Store or the App Store, which has increased the amount of work we perform.

Having built numerous complex mobile apps on both Android and iOS for many companies across diverse industries, we’ve extended our skill in using React Native to develop mobile apps that engage users and support business goals. You will be supported at any stage of your React Native project.

Let’s talk about your project and create something extraordinary!