Home Blog Benefits Of React Native That Will Take Mobile App Development To The Next Level
Blog Post
Matt Long CEO
May 27, 2021 Great benefits of React Native allow you to create truly native Apps. It combines the best parts of native development with React, a best-in-class JavaScript library for building user interfaces. Then you can submit these apps to the Apple App Store or Google Play Store with the help of JavaScript and the React Library.

What is React Native?

So, what is React Native? Similar to React for the web, also known as React JS – JavaScript-based a useful library used to build user interfaces. React JS builds a tree of components, learns if something has changed, if something needs to be re-rendered, states management, passing data around, … but it does so in an abstract way which is why you can use React on any platform. It helps you to not be limited to browser, HTML, web.

React Native is an open-source mobile apps framework, developed by Facebook. Its first release was on March 26, 2015, at the Configuration React JavaScript Conference. It is a separate library, written using a combination of JavaScript and XML-Esque markup, called JSX.

React Native acts as a bridge to invoke the native rendering APIs in Objective-C for iOS or Java for Android devices. As a result, the application will render using real mobile UI elements, not the web view. React Native also exposes JavaScript interfaces to the platform APIs, so the React Native apps can access platform features like the phone’s camera or the user’s location.

Or in other words: React native is a framework that allows developers to build native apps using only the Javascript programming language. React Native allows you to build apps on Android and iOS in just a single language – Javascript, but for a real native app experience. Unlike other hybrid frameworks (written once deployed in multiple places), React native focuses on how efficiently a programmer works across a multi-platform environment.

React Native really knows how to compile these components to Native Widgets for iOS and for Android, and has the potential to expand to future platforms as well thanks to its high compatibility. In this article, however, we only refer to Android and iOS. For example, some of the major service providers such as Facebook, Instagram, Skype, TaskRabbit have also been using React Native in the production of new consumer-oriented applications.

How does React Native work?

By integrating 2 threads, Main Thread and JS Thread for mobile application. The Main Thread will take on the role of updating the user interface (UI). The user interaction is then handled. Meanwhile, JS Thread will execute and process the Javascript code. These two streams operate independently of each other.

To interact with each other, two Threads will use a Bridge. Allows them to communicate without interdependence, converting data from one thread to another. Data from two threads is operated when concatenating data.

With such superior features, React Native will certainly bring a lot of benefits, one of which is listed below:

But remember that you will have to make some changes for the app to work better on each different platform. Therefore, React Native becomes one of the most trusted frameworks by Groove Technology to help customers save time and minimize costs to develop an application, utilize human resources better, maintain code, and fewer bugs, features on both platforms are similar, easy to manage, and control.

React Native uses the ReactJS UI library developed by Facebook for UI to make better app performance and easier programming processes from ReactJS. The React Native architecture is very well adapted for mobile devices. It uses GPU (Graphics Processing Unit), while native platforms have more “CPU (Processing Center) intensive”. Compared to hybrid technologies – which were the only option for cross-platform before – React Native is completely superior in terms of processing speed and performance.

Since React Native is an open-source framework, it allows developers free access to all related documentation. It also allows them to publicly contribute to it whenever they want. Also, one of the biggest reasons to choose React is the availability of developers to guide newbies through forum discussions. They can even review the code or projects ReactJs are working on for beginners to give their effective feedback. Overall, it brings a really interesting and collaborative experience to the developer community.

One of the top benefits of React Native is that it allows developers to reuse code in developing cross-platform apps. In particular, developers can reuse up to 80-90% of the code instead of having to write and re-run separate applications for different platforms. Even more interesting is that you can reuse the website app development code written in React to create a mobile app. This ‘flexibility’ feature makes it easy for developers to react to updating and upgrading mobile applications. Besides, if the company wants to move the entire platform to another framework, reactive developers can achieve it seamlessly by exporting the app from React Native and Android Studio or Xcode.

React Native provides a simple and uncomplicated mobile user interface. That’s why it’s more likely to be an open-source framework than a conventional framework. React technology uses a software interface that removes unimportant elements and then makes them simple in sequence. It is based on the creation of the mobile user interface. Using the user experience as the centerpiece, every operation becomes very user-friendly and navigation is completely easy.

Due to being open-source React Native also ensures that developers provide access to third-party plug-ins like native modules and JavaScript modules.

Modular design is a technique that distinguishes a program’s features into different modules. Utilizing a modular design enables developers to rapidly upgrade and update Apps. The modular and intuitive interface makes it very easy for other developers to delve deeply into someone else’s project and build on top of it. This increases the flexibility within the development team and makes it easier to create updates and upgrades to web applications. In addition, testers will need less time to understand programming logic and build appropriate test scenarios. This will result in valuable time savings, which is a message any customer and / or CFO would love to hear. Especially when this advantage extends from web to mobile and vice versa. 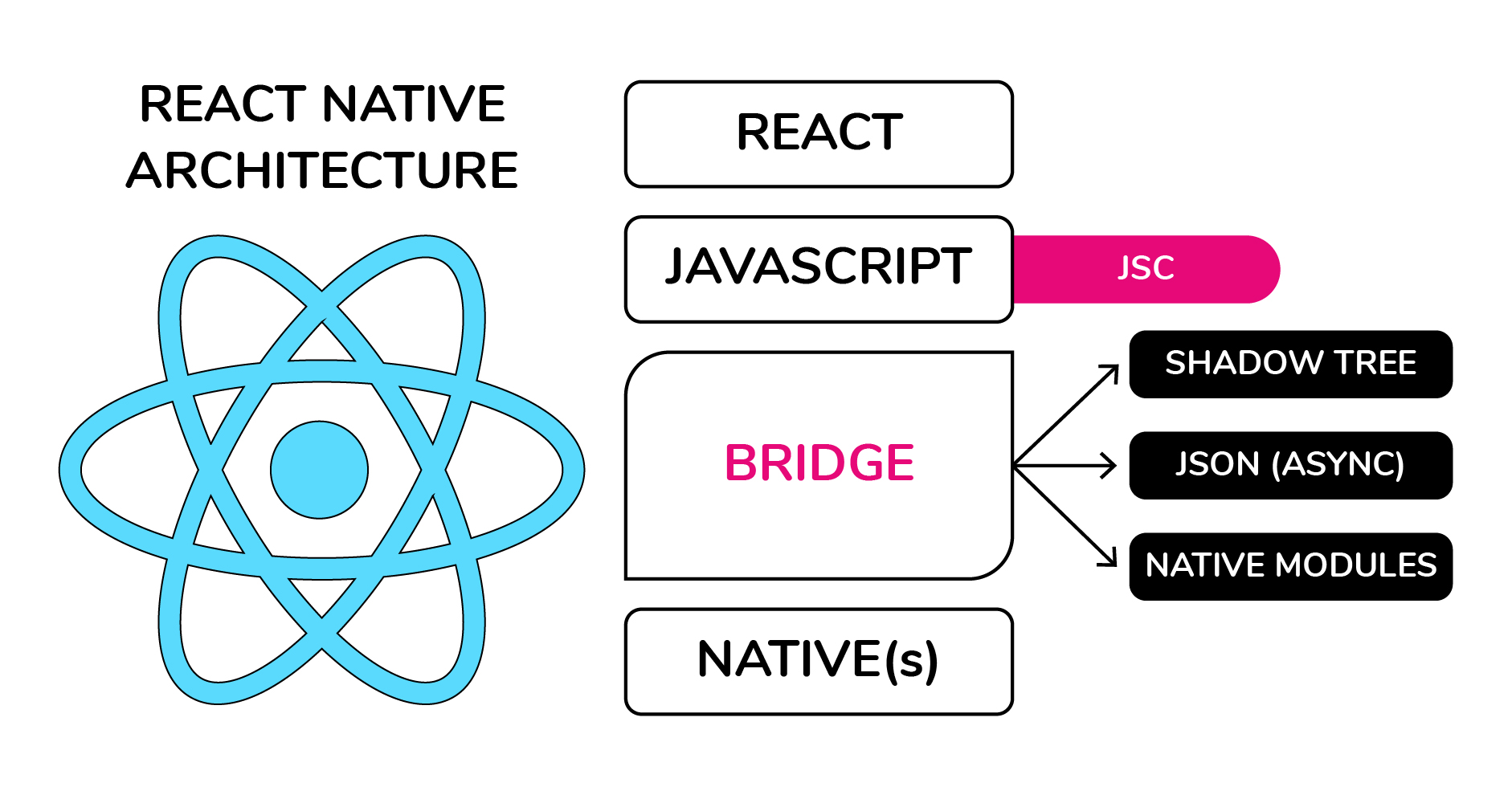 Hot reloads are another key benefit of React Native. There is only a small difference between live reload and hot reload. Live reload refreshes the entire application and helps to read and compile the file changed by the developer. Hot reload just refreshes the file that was changed. It is based on HMR (Hot Module Replacement).

Groove choose to use React Native – Our Experiences

As we can see, React Native is a framework that outperforms other native frameworks in the mobile app development market, which can help simplify and make the mobile app development industry evolved. It has been of great help in saving time and money by minimizing efforts and scaling up the team. Over time, at Groove Technology, they’ve seen that React Native-built Apps are much more efficient and agile. At Groove Technology we understand very well that the quality of an application depends a lot on having a clear understanding of the problem to solve and how a business works. Before offering any solution for your business, Groove Technology always makes sure to have a clear understanding of the specific business of each customer, thereby defining the business goals, identifying the preferred environments and platforms. Resolve conflicts between different requirements. Develop relevant approaches to measure the effectiveness of software solutions and as the result we bring to our customers the best solution, thoroughly solving the needs while still making absolute customer satisfaction.

Our experienced React Native app developers deliver the right mobility solutions to your specific project requirements on time. Our services focus on making the most of a powerful mobile app development framework to build scalable and secure mobile apps for global customers.

A core value of Groove is delivering quality and prompt innovation to help our customers succeed.

React Native Development will help you deliver high-quality apps built with React native. It also helps businesses achieve their business goals. If you want to hire React Native app developers with deep expertise in building mobile apps for different industries, then Groove Technology developers are the perfect choice for you. Our excellence in industry-specific project delivery makes us the top choice for global industry clients who want to leverage the best-in-class services.